Walt McDougall in the American Mercury 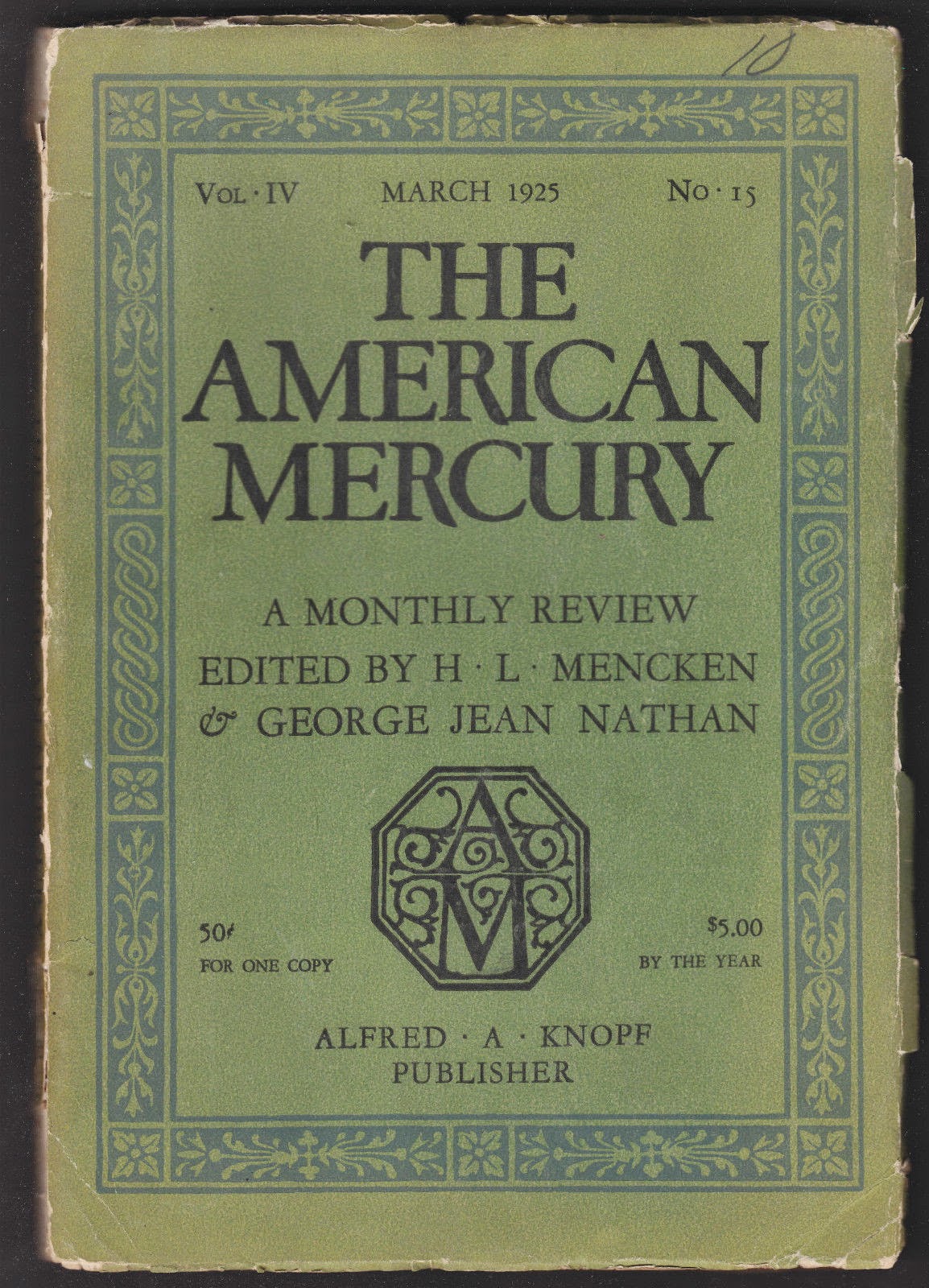 From McDougall's article, "Memories of a Cartoonist" in The American Mercury (March 1925):


An endeavor to list all the rivals that were set up to Puck and Judge would be barren of interest, for, with the exception of Life, they were shortlived. But each of them was a bow of promise to peripatetic artists while it lasted. Farthest back in my memory is the Tomahawk, started by Matt Morgan, a dashing, brilliant English artist whose studio was the resort of nearly all of the illustrators and writers of the day. There I first saw Walt Whitman, on my only visit to the place in company with John Bolles, a Newark painter. That afternoon there came, too, Thomas Wüst, a distinguished German cartoonist, Hopkins and Miranda, and Charles Frohman, then in charge of the distribution of the Daily Graphic, William H. Shelton, famous for his escape from a Confederate prison, and the dapper Gray Parker, with others no less distinguished but unknown to the two obscure Newarkers.

In the centre of the studio was parked a new washtub half-full of claret punch, which, it seemed, was a permanent adjunct of the apartment and gave me an exaggerated idea of Morgan’s affluence. His weekly was several grades above the other comic papers of the time, but it soon died and he returned to London. John Hyde, another Englishman and a good draughtsman who used to make the alluring front pages for the Police Gazette, wherein almost fabulously beautiful legs were always prominent, was present and I was informed that there was much jealousy between the two Britishers. There I also met Herman Melville, author of “Typee,” and invited him out to Newark to meet Marion Harland, wife of our minister, who lived a few doors from us. Under the influence of the punch he accepted my invitation, but never came. I met him frequently afterward, as I did Walt Whitman, lounging along Park Row, a rather moody, sulky man, I imagined, but now I think he was simply shy.

That gathering was somewhat different from the daily assembly of chess players in my father’s rather shabby studio three floors up in Broad street, Newark…. (264-5)

Compare the later version of McDougall's encounter with Melville, from This is the Life!:


I had almost forgotten to mention among them one whom for many years I did not properly appreciate, Herman Melville, the author of “Typee,” and whom I very often encountered, as I did Walt Whitman, lounging along Park Row, a rather moody, sullen man, I thought, but now I imagine that he was shy. Under the influence of the punch, perhaps, I invited Melville to our house, to meet Marion Harland, and he accepted the invitation graciously enough but he never came.

In revision, McDougall adds the reflection that he "did not properly appreciate" Melville, then and "for many years" afterward. Instead of "sulky," McDougall in the book version says he thought Melville "sullen." And in the 1925 magazine version, McDougall helpfully explained his connection to Marion Harland, a link left mysterious in the 1926 book version. Only in the earlier magazine version do we learn: the famous author was a Newark neighbor of the McDougall family and the wife of their minister (Edward Payson Terhune, Google further informs).

Hey, what about this? We were already mesmerized by that washtub of punch. So far gone as to speculate about Melville's (not uncharacteristically) "warming up" with it at Matt Morgan's studio. Now we find that McDougall blabbed it outright in the 1925 American Mercury. In the magazine version, McDougall stated clearly, without qualification, that Melville was "under the influence" when he accepted McDougall's invitation to come to Newark and meet Marion Harland.


Under the influence of the punch he accepted my invitation, but never came.

But in the book version McDougall re-imagines the scene. Now, with some qualification ("perhaps"), he generously attributes any sort of elevated behavior to himself only:


Under the influence of the punch, perhaps, I invited Melville to our house, to meet Marion Harland, and he accepted the invitation graciously enough but he never came.

Somebody was high, but who is ambiguous, now that we have two different versions to consider.


Bill Nye and Julian Hawthorne, alike in soul, devoid of affection or conceit, diffident, shy of strangers yet alike compelled to meet them with a pretense of geniality secretly abhorrent, made my room their daily lounging place…. Hawthorne would describe a new dish so vividly that the hungry Nye would suggest that we adjourn to Hash and Crook’s restaurant in the Times Building and sample it at his expense. Hawthorne told me that once, when a boy, he found fourteen pies in his mother’s pantry and ate them all.

He was low-voiced, with a strong partiality for the supernatural; a man, who, with less education, might have been a spiritualist. I fancy that he found in the flippancy of Nye’s and my conversation a sort of mental anaesthetic. I have never known two such manly, gentle, undefiled souls, yet both were overwhelmed by heart-breaking disasters. Nye’s career was meteoric; Hawthorne’s lasted thirty years. Both are already dim memories, mere names. --Pictures in the Papers, American Mercury (September 1925): 72-3. Also (revised) in This is the Life!

Posted by Scott Norsworthy at 9:45 AM