Dolphins show up repeatedly in Herman Melville’s writings on the sea, in poetry as well as prose. But what to make of them is often problematic. Some commentators appear confused about what they are, whether biologically or symbolically regarded. Certainly I have been confused about the nature and significance of Melville's dolphins, especially the "radiant dolphin" in chapter 9 of Moby-Dick. Melville's "radiant dolphin" inhabits the hymn preceding Father Mapple's sermon on Jonah and the Whale. In Mapple's hymn, God rides to the rescue of a distressed mariner on the back of a dolphin:

With speed he flew to my relief,
As on a radiant dolphin borne….  --Moby-Dick, The Sermon

As David H. Battenfeld and more recently Steven Olsen-Smith have demonstrated, the image of the “radiant dolphin” is Melville’s substitute for “winged cherub” in Psalm 18 of the Dutch Reformed hymnal. Olsen-Smith cites Battenfeld's term "ingenious" for Melville's change from cherub to dolphin, then helpfully summarizes its function:


Conspicuous and arresting, the image of the dolphin-borne deity brings the hymn to noteworthy climax and carries more effectively than any other trope its theme of deliverance. --Steven Olsen-Smith on The Hymn in Moby-Dick, Leviathan 5.1 (March 2003): 43

Symbolically, the redemption of the psalmist-as-Jonah in Father Mapple’s hymn foreshadows the rescue of Ishmael who gets saved by a coffin-lifeboat. Brilliant!

The substitution of dolphin for cherub suggests Melville may have had in mind the iconography of angel figures on the back of dolphins, something like the painting of Cupid riding on a dolphin by Peter Paul Rubens.
Image Credit: Wikimedia Commons

Even more important for an understanding of Melville's "radiant dolphin" in Moby-Dick is the enduring myth of Arion and his miraculous rescue by dolphins. The Arion story from Herodotus (also retold by Plutarch) and Ovid has obvious parallels to the biblical account of Jonah which is the subject of Father Mapple's sermon. In a later chapter of Moby-Dick, Ishmael stands with "orthodox pagans" of the classical era who accept the story of Arion and the dolphin as historical fact.


Arion, having put on his robes, took up his lyre, and standing in the stern performed a song in honor of Apollo. As soon as he had finished, he jumped into the sea, just as he was in all his apparel. The crew sailed away back to Corinth but (so the story goes) a dolphin took Arion on his back and brought him to Taenarum (the central promontory of the soutnern Pelopnnese).  --Classical Mythology


At once, he plunged, fully clothed into the waves:
The water, leaping, splashed the sky-blue stern.
Then (beyond belief) they say a dolphin
Yielded its back to the unaccustomed weight.
Sitting there, Arion gripped the lyre, and paid his fare
In song, soothing the ocean waves with his singing.
The gods see good deeds: Jupiter took the dolphin
And ordered its constellation to contain nine stars.
--Fasti Book 2

Ovid points us to the stars. In the night sky we find what we're looking for, a celestial dolphin in the constellation Delphinus.
Image credit: Anna Bates on Pinterest


The constellation was once popularly called Job’s Coffin, presumably from its elongated box-like shape. . .  --Star Tales-Delphinus

Job's Coffin, are you kidding me? Well I already pointed out how the dolphin in Father Mapple's hymn functions as a symbol of redemption like Queequeg's coffin for Ishmael, but I never knew the dolphin IS a coffin in the heavens. But to return, before my head explodes:

A popular subject in the visual arts, Arion on a dolphin is represented in well-known works by
Francesco Bianchi Ferrari 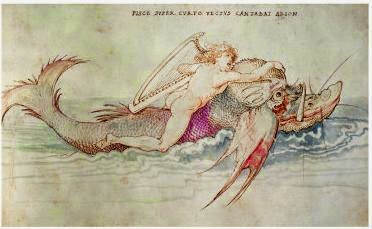 Bianchi, Boucher, Dürer, and Rubens render their subjects differently, but these artists' dolphins have one thing in common: every one of them is ugly. Alien ugly, monstrous or verging on it.

Melville had the Arion tradition in mind, yet he makes his dolphin angelically "radiant," a glittering figure of supernatural beauty.

Out here on the prairie, any sort of dolphin reference makes you think of SeaWorld and if you're really old, Flipper.  Dolphins? Fun-loving fellow mammals, and smart as whips! Never actually seen one myself, but I've heard rumors of them cavorting in foreign waters. 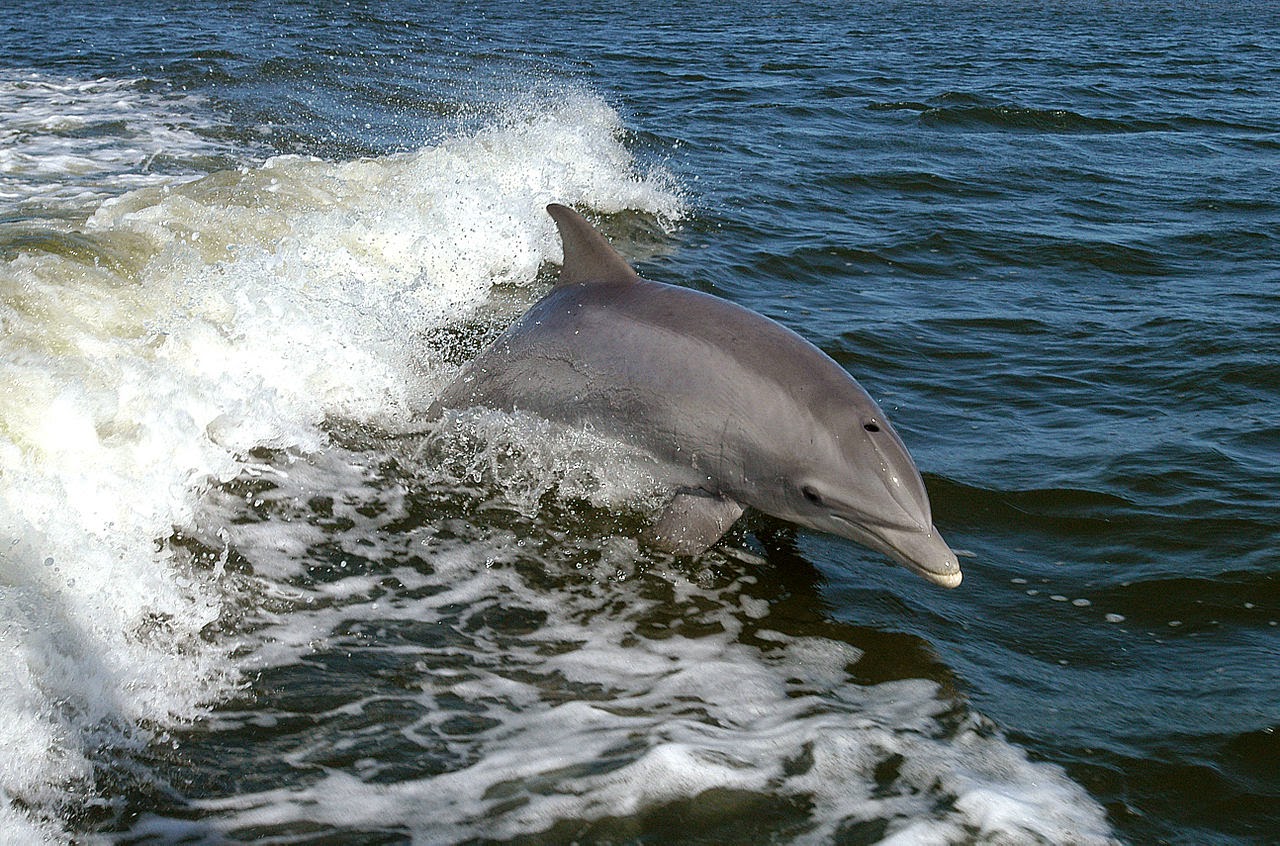 In real life way better looking than Arion's chariot in those old paintings, for sure. But radiant?

No, these little whales of the order Cetacea are black and white, blue, grey, everything but radiant. So what's up with that "radiant dolphin"? Try this: Melville's image of the radiant dolphin fuses the old Arion story from classical history and mythology with another tradition which is both natural and poetical, the dying dolphin. That dolphin is a fish: Coryphaena hippurus. 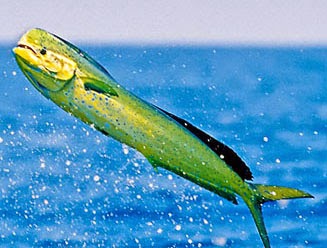 A.k.a. Mahi-Mahi and Dorado. Mahi-Mahi are said to change colors as they die. Beautiful, spectacular colors. This dolphin, the dying dolphin, is a much rehearsed theme of sailors and poets.

Byron turned the dying dolphin into a fine figure of sunset: 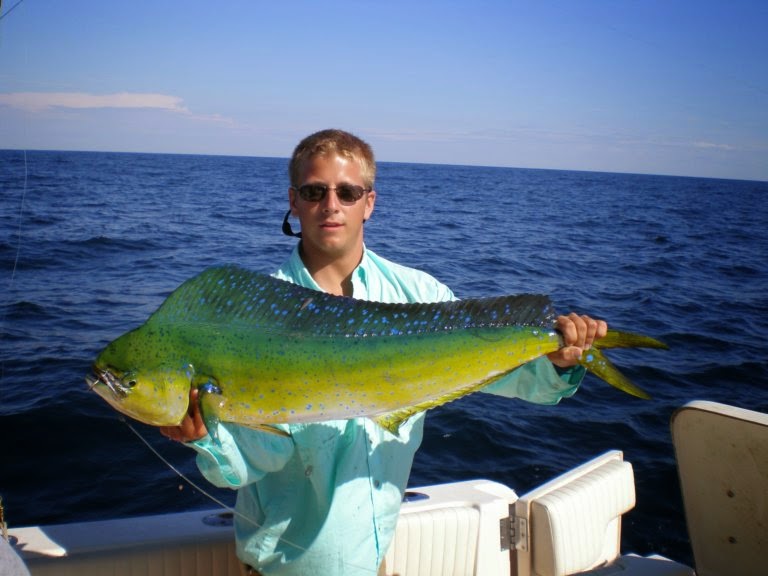 
the entire character of the sunset was that of a grand picture of ocean magnificence and extent, relieved by a sky in which the tints came and went like the well-known colours of the dolphin.... --Homeward Bound

Lydia Huntley Sigourney wrote of the "dying dolphin's brightness" in her poem The Broken Vase.
Sigourney's poem The Destroyer makes a figurative rainbow of the dying dolphin, which is explicitly a "radiant dolphin":

Confess his power,—the wounded whale
With crimson stains the tide.
The radiant dolphin waxeth pale,
As though a rainbow died,—  (collected in The Western Home and Other Poems)

Elegiac verses on "Autumn" signed "E. B. C." in the Knickerbocker magazine for November 1833 also call the dying dolphin a "radiant dolphin":

Death draws latent beauty upon the palest cheek,
And flashing glances of the eye Consumption's power bespeak;
The Dolphin while expiring with varied lustre glows,
And day is ever fairest when waning to its close.
Thus glorious is Autumn—but mournful as 'tis bright,
For who can mark the hectic's flush with feelings of delight?
Who on the radiant Dolphin with gay regard can gaze,
Nor mourn approaching darkness in sunset's richest blaze?  --Knickerbocker magazine

Preeminent among literary treatments is the passage on the dying dolphin in Falconer's The Shipwreck:

What radiant changes strike th' astonish'd sight.'
What glowing hues of mingled shade and light!
Not equal beauties gild the lucid west,
With parting beams all o'er profusely drest.
Not lovelier colors paint the vernal dawn, ,
When orient dews impearl th' enamel'd lawn,
Than from his sides in bright suffusion flow,
That now with gold imperial seem to glow:
Now in pellucid sapphires meet the view,
And emulate the soft celestial hue:
Now beam a flaming crimson on the eye;
And now assume the purple's deeper dye.
But here description clouds each shining ray.
What terms of art can nature's powers display? --from The Book of Shipwrecks 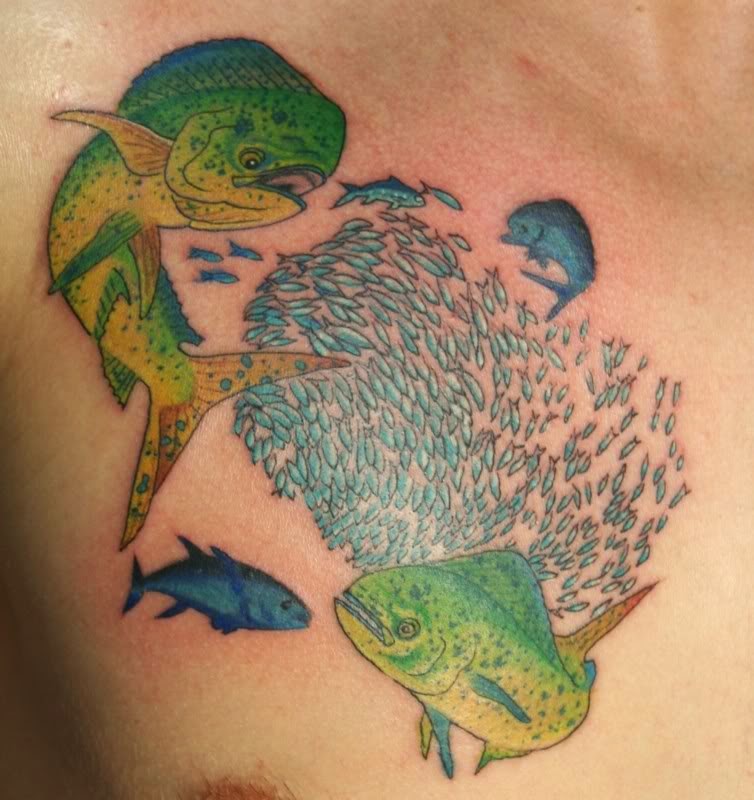 Confusion about these dolphin-fish reigns in unexpected places, as illustrated in these comments on Falconer's dolphins by a puzzled Leigh Hunt:


Now Falconer, it is true, in his Shipwreck, Canto 2, speaks of Dolphins in the Mediterranean sea, as beaming " refulgent rays;" and describes them, in particular, as shifting into a variety of most brilliant colours, when dying. But this may only prove, that Sandys was wrong in excluding the fish in question from the Mediterranean; and it is remarkable that Falconer, notwithstanding his own poetical tendencies, does not take occasion of the appearance of what he calls Dolphins, to make the least allusion to ancient stories, nor speaks of their tumbling, nor otherwise seems to have recognized in them his old poetical friends. The writers too, who distinguish the Dolphin from the porpus, make no mention of these brilliant colours. . . . --The Indicator

To clear all this up, just ask a native:

Another commenter at Reddit further clarifies: "When dolphin fish became a popular menu item they had to come up with another word so the Yankee snowbirds knew they weren't eating Flipper steaks."

Critics of Moby-Dick falter when they think of Mapple's "radiant dolphin" only as an ordinary porpoise. Imagined as kin to Flipper, Melville's radiantly redemptive dolphin diminishes into a “folksy touch” (David S. Reynolds in Beneath the American Renaissance) or the comical conveyance for some “absurd aquatic deity” (Yvonne Sherwood in A Biblical Text and its Afterlives).

Here's Yvonne Sherwood again, in the same vein from the same volume:


. . . Herman Melville tips his Dutch Reformed hymn just over the brink of absurdity with the image of deity riding 'as on a dolphin borne' . . . (258) 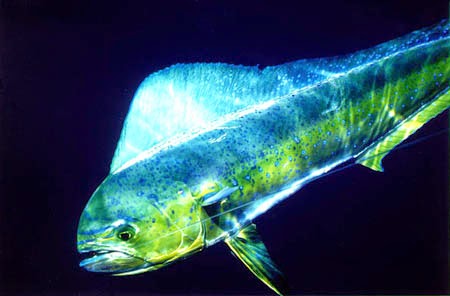 Inspired by the radiant dolphin of sailors and poets, the magnificent creature of Melville’s imagination races to the rescue invested with divine and dazzling grandeur.

Melville's poetry offers additional evidence for the redemptive function of Melville’s radiant dolphin-fish. Witness “Jack Roy” in John Marr and Other Sailors (1888), for example, and Clarel (1876).

To similar effect in Clarel, the priest Derwent counterbalances Mortmain’s despair with hope in the form of a dolphin once glimpsed near floating debris, making a glittering rainbow with its arched body:


. . . yet Derwent said
At close: "There's none so far astray,
Detached, abandoned, as might seem,
As to exclude the hope, the dream
Of fair redemption. One fine day
I saw at sea, by bit of deck--
Weedy--adrift from far away--
The dolphin in his gambol light
Through showery spray, arch into sight:
He flung a rainbow o'er that wreck." --Clarel Part 2 Canto 4

Derwent’s dolphin revives the “radiant dolphin” of Father Mapple’s hymn and, before that, the “winged rainbows” that circled the isle of Flozella in Mardi, and still may be seen by sailors and poets from Madeira to Maui:


And round about the isle, like winged rainbows, shoals of dolphins were leaping over floating fragments of wrecks….”  --Mardi; and, A Voyage Thither 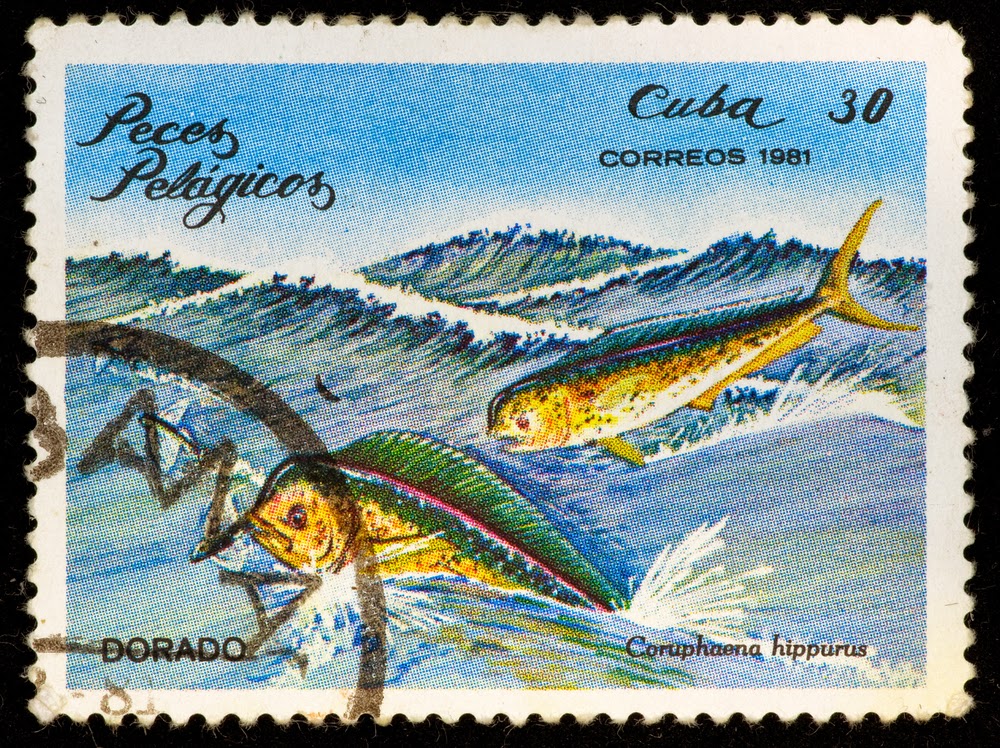 Posted by Scott Norsworthy at 7:22 PM