Update 2: In yet another society page mention, the second wife of Herman Melville's deceased brother Allan appears in connection with a stage performance by Lydia Thompson:

Lydia Thompson was then appearing in Oxygen, "one of the stupidest burlesques that have ever been placed upon the stage" according to one contemporary critic who nevertheless praised its star as a "true burlesquer":

At any rate, this attending and hosting parties in high society was very much in the line of Jane Louise Dempsey Melville.

Update 1: The newspaper notice lists "Mrs. Herman Melville" among the reception guests, but is that a mistake for "Mrs. Allan Melville," widow of Herman's deceased younger brother?

Certainly Elizabeth Shaw Melville was well connected as the daughter of Judge Shaw, especially in Boston, but those elite names in the New York Graphic society item seem more like social acquaintances of Jane Dempsey Randolph Melville (1824-1890).  And neighbors, maybe? Mrs. Allan Melville's home was still on 35th Street, near to the Townsends' home on 34th where the party for Madame Lucca took place. In the New York Tribune for December 3, 1886, "Mrs. Allan Melville" is listed under the heading "Musical and Dramatic Notes" among subscribers for a "substantial farewell testimonial" to Steve Massett (celebrated "Jeems Pipes" of Pipesville in California).

I meant to follow up on this before now, but forgot about it until seeing this one show up in the gallery of popular posts at Melvilliana.


PERSONALITIES.
... A very pleasant reception was given by Mrs. John D. Townsend, at her residence in West Thirty-fourth street, on Wednesday evening, in honor of Madame Lucca. Among the guests were Mrs. ex-Judge Roosevelt and daughter, Mr. and Mrs. Lawrence Turnure, Mrs. Herman Melville, and Mrs. John T. Beeckman. The music was by Professor Eben's orchestra, and the floral display is understood to have been very fine.

Later, to clarify: Despite the impression created by Google search results, the portrait below is a Guy Little Theatrical Photograph in the V&A collections, of opera singer Pauline Lucca--not Herman Melville's wife! Pauline Lucca (1841-1908) was a "prominent operatic soprano," born in Vienna.  Rivalry with Mathilde Mallinger reportedly motivated her triumphant US tour, 1872-1874.
Mrs. John D. Townsend was Elizabeth A. Delano Swan Townsend, the former Miss Delano Swan of Boston.  Her husband was the "well-known criminal lawyer" John Drake Townsend (1835-1896).  Townsend wrote the posthumously published indictment of Tammany Hall, New York in Bondage (1901).  Both Townsends made the news for their support of women's suffrage.

"Mrs. ex-Judge Roosevelt" is probably the former Cornelia Van Ness,  "for many years queen in the leading society of New York" and wife of then ex-Judge James John Roosevelt (1795-1875).  Appleton's Cyclopaedia acknowledges her "good service in organizing hospital and charitable associations for the aid of the National troops during the civil war" and later support of New York charities.

Mrs. John T. Beeckman and her husband are unknown to me at this point.  Connected with the old Albany Beeckmans?

Looks like Eben's Orchestra kept busy playing at all kinds of New York social events...
Posted by Scott Norsworthy at 1:17 AM No comments:

"No more now you sideways followed the sad pasture's skirt, but took your way adown the long declivity, fronting the mystic height. In mid field again you paused among the recumbent sphinx-like shapes thrown off from the rocky steep. You paused; fixed by a form defiant, a form of awfulness. You saw Enceladus the Titan, the most potent of all the giants, writhing from out the imprisoning earth;—turbaned with upborn moss he writhed; still, though armless, resisting with his whole striving trunk, the Pelion and the Ossa hurled back at him;—turbaned with upborn moss he writhed; still turning his unconquerable front toward that majestic mount eternally in vain assailed by him, and which, when it had stormed him off, had heaved his undoffable incubus upon him, and deridingly left him there to bay out his ineffectual howl...." 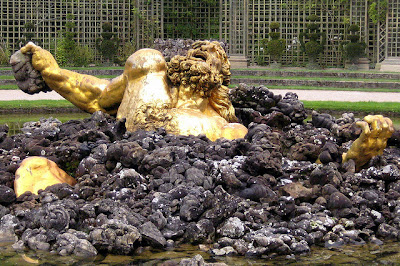 "Not unworthy to be compared with that leaden Titan, wherewith the art of Marsy and the broad-flung pride of Bourbon enriched the enchanted gardens of Versailles;—and from whose still twisted mouth for sixty feet the waters yet upgush, in elemental rivalry with those Etna flames, of old asserted to be the malicious breath of the borne-down giant;—not unworthy to be compared with that leaden demi-god—piled with costly rocks, and with one bent wrenching knee protruding from the broken bronze;—not unworthy to be compared with that bold trophy of high art, this American Enceladus, wrought by the vigorous hand of Nature's self, it did go further than compare;—it did far surpass that fine figure molded by the inferior skill of man. Marsy gave arms to the eternally defenseless; but Nature, more truthful, performed an amputation, and left the impotent Titan without one serviceable ball-and-socket above the thigh."
Pierre (1852), 470-471

Posted by Scott Norsworthy at 6:25 AM No comments: 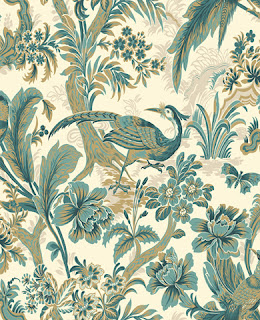 In his glory days before bankruptcy, Jimmy Rose is said by the narrator of Melville's short story "Jimmy Rose" (first published in Harper's magazine, November 1855) to have plagiarized a compliment. Plagiarized in a good way, since done in praise of a hero:


"Sir," said he, in a great drawing-room in Broadway, as he extended toward General G----- a brace of pistols set with turquois. "Sir," said Jimmy with a Castilian flourish and a rosy smile, "there would have been more turquois here set, had the names of your glorious victories left room."

Ah, Jimmy, Jimmy! Thou didst excel in compliments. But it was inwrought with thy inmost texture to be affluent in all things which give pleasure. And who shall reproach thee with borrowed wit on this occasion, though borrowed indeed it was? Plagiarize otherwise as they may, not often are the men of this world plagiarists in praise.

Melville assures us the compliment to General G (for Gaines, as in Edmund P. Gaines?) was "borrowed wit," without identifying any source. 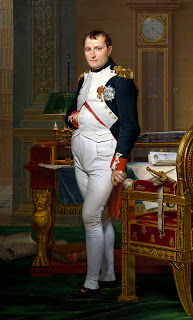 Melville is not kidding here, the praise is plagiarized--from Napoleon.  In complimenting General G----- on the number of his victories while making a presentation of pistols, Jimmy Rose adapts the eloquence anecdotally attributed to Napoleon when doing the same thing:


He [Napoleon] presented Moreau, on one occasion, with, a magnificent pair of pistols as a cadeau. "I intended," said he, " to have got the names of your victories engraved upon them, but there was not room for them."

Quoted from "Eloquence of the Camp--Napoleon Bonaparte" in the December 1847 Dublin University Magazine, reprinted in Littell's Living Age (January 29, 1848) and the February 1848 Eclectic Magazine.

An earlier version of the same anecdote more closely matches Melville's conceit, with diamonds on Moreau's pistols described as competing for space with the desired engraving of the recipient's many martial triumphs: 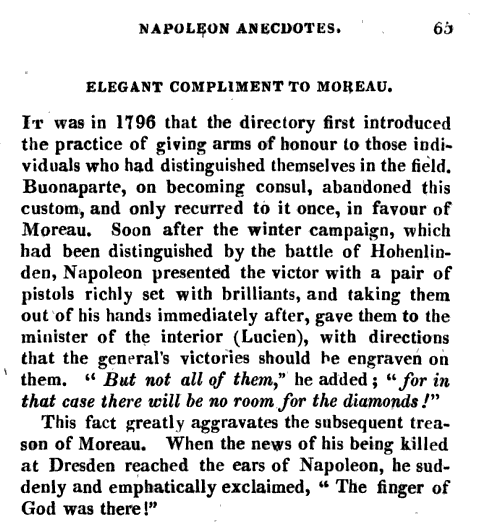 ELEGANT COMPLIMENT TO MOREAU.
It was in 1796 that the directory first introduced the practice of giving arms of honour to those individuals who had distinguished themselves in the field. Buonaparte, on becoming consul, abandoned this custom, and only recurred to it once, in favour of Moreau. Soon after the winter campaign, which had been distinguished by the battle of Hohenlinden, Napoleon presented the victor with a pair of pistols richly set with brilliants, and taking them out of his hands immediately after, gave them to the minister of the interior (Lucien), with directions that the general's victories should be engraven on them. "But not all of them," he added; "for in that case there will be no room for the diamonds!"

Posted by Scott Norsworthy at 2:54 AM No comments: