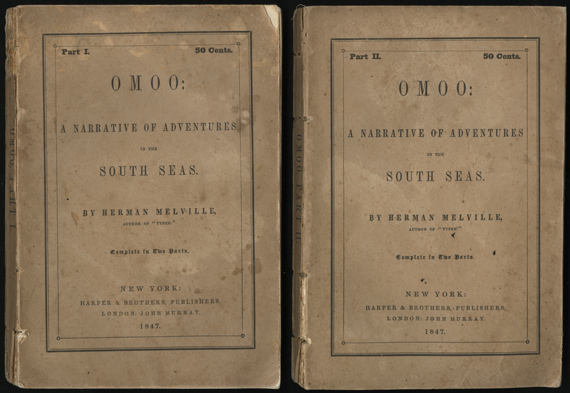 
"He afterward lived in Europe and is now in Washington, paralyzed in both body and mind, having never recovered his faculties, and is supported by his wife and daughter."
--The Upton Memorial

In 1996, three years after publication of the Northwestern-Newberry edition of Melville's Correspondence, this item showed up at Swann Auction Galleries, Lot 526:

- Melville, Herman. Autograph Letter Signed to "My Dear Upton.' 2 pages on single 12mo sheet with integral blank leaf; slight fold marks glue residue on verso of blank leaf. Np, 29 May late 1840s] E7000-10000 'I was very much gratified by your note & its friendly spirit & cordiality. I am much pleased that Omoo has afforded you entertainment - the more so, as with-out flattery I might instance yourself as being in corrected in Melville's hand from 11 as one of those quarters where praise is desirable. I presume that before this you are quite at home in your new residence up town, where I promise myself great pleasure in calling upon you when next in New York. I beg you to, present my compliments to Mrs. Upton and Believe me Very sincerely yours Herman Melville. May 29th.'  --Artfact

just after publication of Omoo in April and before Herman's marriage to Elizabeth Shaw in August.

Best candidate I can find would be New York attorney and expert in maritime law,
Francis H. Upton (1814-1876).

Upton is listed as a contributor to volume 16 of Hunt's Merchants' Magazine (1847) where Melville's Omoo recieved a brief but favorable notice in the June 1847 number.  Upton, listed as "Counselloor at Law, late of New Orleans, now of New York" wrote a series for Hunt's on the "Law of Debtor and Creditor in Louisiana."  Very likely Upton's association with Hunt's or another publication informs Melville's allusion to "one of those quarters where praise is desirable."  Melville understandably deemed it desirable as author of a new book to have a friend writing for one of the magazines.

A "Francis H. Upton" is named in some of the Upton Family Papers now held at the Peabody Essex Museum in Upton's birthplace of Salem, Massachusetts.  Well I don't suppose there's another letter from Herman Melville in that one envelope, but maybe somebody should check anyway, just in case.
Posted by Scott Norsworthy at 9:29 PM No comments:

In case you were wondering...

The wording in Melville's dedication of Moby-Dick to Nathaniel Hawthorne

"IN TOKEN
OF MY ADMIRATION FOR HIS GENIUS"

is strictly traditional.  The nearest and best known model has to be Bryon's 1813 dedication of
The Giaour:

AS A SLIGHT BUT MOST SINCERE TOKEN
OF ADMIRATION OF HIS GENIUS;

RESPECT FOR HIS CHARACTER,
AND GRATITUDE FOR HIS FRIENDSHIP;

THIS PRODUCTION IS INSCRIBED BY

HIS OBLIGED
AND AFFECTIONATE SERVANT, 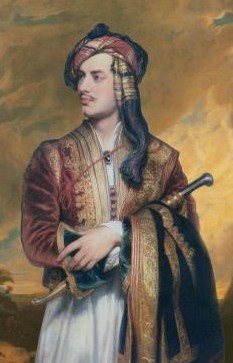 Posted by Scott Norsworthy at 9:36 PM No comments:

"Travel to a large and generous nature is as a new birth. Its legitimate tendency is to teach profound personal humility, while it enlarges the sphere of comprehensive benevolence till it includes the whole human race."

Posted by Scott Norsworthy at 7:38 PM No comments: