Posted by Scott Norsworthy at 7:17 AM No comments:

Link below to a cool discovery first announced right here on Melvilliana, about that 1850 farm report usually attributed to Herman Melville. Most of it copied verbatim from the 1846 report for Middlesex county by Joseph T. Buckingham. So then, either Robert Melvill was a great plagiarist like his cousin Herman, or cousin Herman furnished Robert with a plagiarized report. If Melville had similarly aided Buckingham back in 1846, then in 1850 he might have found himself ghost-editing his own ghostwriting!
https://melvilliana.blogspot.com/2016/09/robert-melvills-1850-report-of.html
Melvilliana: Robert Melvill's 1850 "Report of the Committee on ...: 1846! I got confused for a while about the year of the plagiarized report. 1846 is right, after all. The Society of Middlesex Husbandmen...
Related posts:
Posted by Scott Norsworthy at 6:06 AM No comments: 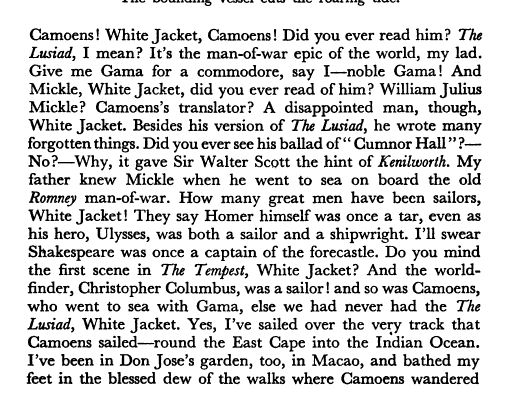 Posted by Scott Norsworthy at 11:34 AM No comments:

Fragments from a Writing Desk: Leon Howard is a major character in my MELVILLE BI...

Great memorial piece by Richard Lehan, posted in 2013 by Hershel Parker:
Fragments from a Writing Desk: Leon Howard is a major character in my MELVILLE BI...: Leon Howard, English: Los Angeles 1903-1982 Professor Emeritus Leon Howard was born on November 8,...
Posted by Scott Norsworthy at 6:05 AM No comments:

Elizabeth Shaw Melville | History of American Women: Wife of Author Herman Melville Elizabeth Shaw Melville copied her husband’s works and edited his manuscripts when asked, before and after his death. She was devoted to the author, even when his behavior was erratic. Elizabeth Shaw was born June 13, 1822 in Boston, Massachusetts. She was the daughter of Elizabeth Knapp Shaw and Lemuel Shaw, Chief Justice of the Massachusetts Supreme Court and an old friend of the Melville family. It seems that everyone called her Lizzie. Her siblings were all boys, John Oakes, Lemuel and Samuel Savage Shaw. Herman Melville (1819-1891) was not only a novelist and a poet, he was also an adventurer. In 1841, he signed on the whaler Acushnet, on a three-year whaling voyage. He...Read Article
Posted by Scott Norsworthy at 10:31 AM No comments:

Elizabeth Shaw Melville aka "Lizzie" was born on June 13, 1822, two hundred years ago today. In her handwriting, mostly, the 1850 manuscript of her husband's now famous endlessly-anthologized review essay Hawthorne and His Mosses is accessible online via NYPL Digital Collections.

Birthday musings below are from the July 1852 installment of Scenes Beyond the Western Border in the Southern Literary Messenger; reprinted in Scenes and Adventures in the Army (Philadelphia, 1857) pages 331-333. "I. F." in the magazine version stands for Imaginary Friend, the narrator's fictive travelling companion. Later in the series named "Frank," but only referred to as "Friend" in the revised book version. "C." designates the narrator, in 1845 a Captain of U. S. Dragoons. On his birthday the Captain describes the "melancholy" effects of scenery along the Oregon Trail, somewhere between Scotts Bluff in western Nebraska and Fort Laramie, Wyoming. The Captain is particularly impressed, and depressed, by the sight of blasted cottonwood trees.

June 13th.— Twenty-four miles to-day, over a desert! hills and river valley equally a desert! In this last, we have seen many large cotton-woods, seemingly the wrecks of a blasting tempest, mere limbless or distorted stems of trees; and others, the bleached and desolate drift of a flood.

We came over a lofty bluff almost overhanging the river, which commanded a view over vast and sternly sterile plains, breaking up at last into confused mountain spurs, and dim blue peaks beyond; but to this gloomy grandeur the river, far winding amid white sands and green islands, and the foot of many another precipitous bluff adorned with evergreens, lent an element of softening beauty.

I. F.  What oppresses you? You seem in mournful harmony with these silent wastes !

C. “ Behold those spectral ruins of trees, strangely white and gleaming in the starlight ! —they are melancholy. But no—it is a day that ever, since it first gave me unhappy life, leaves its influences upon me.”

I. F.  Such a mood should always be resisted. [1857: But better resist such a mood.] How do you succeed with your diary now? We are passing remarkable scenery; most wildly picturesque; and there is always some incident.

C. “What is written, may always chance to be printed, if not read: how charming then to the busy denizens of the world, whose very brains have received an artificial mould, to read such incident! Now if I could only introduce the word 'dollar,'—good heavens! it was never heard here before ! tis enough to disturb the ghosts of the grim old warriors, who, I dare say, have fallen here in defence of this narrow pass: fighting for what? at Ambition's call? not, I hope, of intriguing diplomatist—better for Love, or mere excitement sake.

"Whom then shall I address ? —the mock sentimentalist? and begin the day: 'Our slumbers this morning were gently and pleasantly dissolved by the cheerful martins, which sang a sweet reveille with the first blush of Aurora, at our uncurtained couches.' Or the statist? 'Not a sign of buffalo to-day; it were melancholy and easy to calculate how soon the Indians, deprived of this natural resource, and ignorant of agriculture'—but I should soon get too deep."

I. F. But this soil is devilish shallow.

C. “Few will follow me pleasantly or patiently through these solitudes, though sometimes 'pleasant places.' I care not at all, — but that I feel I may fail to awaken the sympathy of any, while, like an artist retouching with kindled affection his painted thought, I linger to answer the appeal of Wasted Beauty to so rare appreciation."

I. F. This profoundly silent Desert—like a world without life—awes and stills the senses : but the soul is excited to speculations on the origin, the history—if it have one—and the destiny of these boundless wastes.

C. “ Or surrounds itself with the airy creations of fantasy, —or, mournfully wanders back among the dim traces of joys and sorrows gone. I address not, then, the shallow or hurried worldling; but the friendly one, who in the calm intervals from worldly cares, grants me the aid of a quiet and thoughtful,—and if it may be,— a poetic mood !"

Related posts:
Posted by Scott Norsworthy at 9:21 AM No comments:

Fragments from a Writing Desk: 1863 IN THE AUGUSTA PAPERS IS COMPLETE, ALL ALONE,...

Wonderful to have this trove of transcriptions now, courtesy of Hershel Parker!
Fragments from a Writing Desk: 1863 IN THE AUGUSTA PAPERS IS COMPLETE, ALL ALONE,...:   THIS IS THE YEAR OF AUGUSTA’S PAPERS THAT SURVIVES ALL BY ITSELF.   I HAVE NOT WORKED ON THESE IN YEARS. NOW YOU CAN CHECK TRANSCRIPTIONS...
Posted by Scott Norsworthy at 11:08 AM No comments: