"the brass drum is safe and sound in the collections of the NYS Military Museum located in Saratoga Springs. The drum is currently on display in the Military Museum’s Revolutionary War exhibition.

Wonderful news! I'm sincerely grateful for the information as well as the tempting invitation to visit the Museum in Saratoga Springs and "see the drum firsthand."
Related post:
Posted by Scott Norsworthy at 6:04 AM 1 comment:

Posted by Scott Norsworthy at 3:19 PM No comments:

Herman Melville and the Bible

Herman Melville and the Bible: The Cambridge Companion to the Bible and Literature - March 2020
Ruth Blair has a fine chapter in The Bible and Literature, ed. Calum Carmichael (Cambridge University Press, 2020) with this to say about the "spiritual exercise" required by the demanding yet "often fluid and flexible" verse form of Clarel:

"... the poem engages the reader in a difficult journey, rather like the pilgrimage itself, on horseback--a mode of travel in which one cannot afford to lose concentration, and whose rhythm the tetrameter line echoes" (page 249).

Posted by Scott Norsworthy at 8:03 AM No comments:

My Wife and I 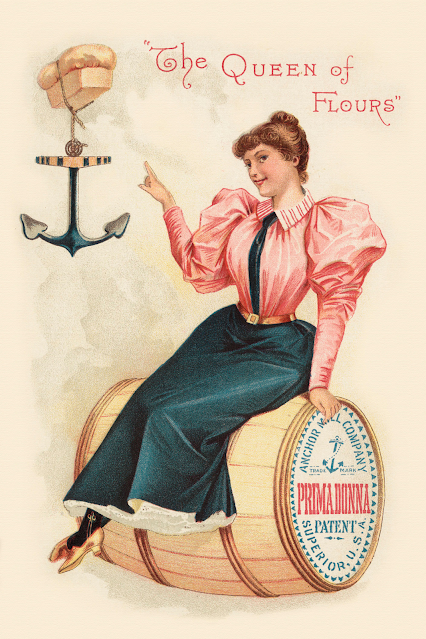 Transcribed below from Harper's magazine for March 1858, "My Wife and I" is a rich bit of domestic fun in the comic style of Herman Melville's 1856 short stories I and My Chimney and The Apple-Tree Table, both of which first appeared in Putnam's Monthly Magazine. Coincidentally, in January 1858 Melville's subscription to Harper's New Monthly Magazine was renewed for one year according to Jay Leyda in The Melville Log (volume 2 page 593), citing family accounts at Harvard College Library.

Melville fans will notice some familiar rhetorical moves in "My Wife and I," none more obvious than when the narrator (call him Persy for Perseverance) undertakes to explain his reckless vow to buy the wife a new dress:

Like Ishmael in Moby-Dick, Persy also has a sadly depleted "purse."

Near the end of the story, Persy's indiscreet reflections on the suitability of Eve's fig-leaf makes his wife "indignant":

"Perseverance !" exclaimed my wife, as she colored with indignation at the idea....

A fanciful claim by Melville's narrator in The Apple-Tree Table gets pretty much the same reaction:

"Why did you tell me that boastful tale," said my wife, indignantly.

Among many delightful lines of dialogue and commentary, my favorite has to be where the narrator contemplates teaching his wife to say "The flour barrel is empty" in a more mellifluous language than English:

"In fact, I have sometimes thought of teaching her to say it in Spanish, and thus remove a little of its harshness...."

Hilarious, whoever wrote it.

MY WIFE AND I.

This remark was extracted from my wife (as an obstinate molar might be extracted by a dentist) by the contemplation of a large opening in the toe of little Persy's stocking, which she had been trying in vain to devise some mode of closing, without destroying the symmetry of the garment, while a pile of similar articles, of various sizes and patterns, lay at her elbow, as much in need of mending as an old rake's habits. There they lay, seven pairs of little stockings, while their seven daily occupants were snugly snoozing in bed, forgetful of the many weary stitches their little feet had caused; and all around, on tables and chairs, was scattered a promiscuous assortment of juvenile aprons and dresses, jackets and breeches, each one bearing its owner's mark, in the shape of rips and rents.
"I wish I were rich!" repeated my wife.
There was a strength and heartiness in the tone and manner which left no doubt of her sincerity, and in an instant my mind went back some twenty years, to the time when we had been rich—rich in our young love, rich in our mutual dependence, and rich in the bright hopes which not only gilded but fairly plated the future all over with twenty-carat plate at least—as together we looked down the long vista of coming years, fair flowers of joy around our feet, ripe fruits of happiness over our heads, the richest of all riches, contentment, in our hearts, and flour at only five dollars a barrel.
Almost twenty years ago those soft hazel eyes that now beam with tender, matronly love, first told the story of that love which those rosy lips (their bloom has not yet faded) confirmed; and that fair, round face that has grown fairer and rounder year by year, first lay upon my breast in maiden trustfulness.
We did not fall in love, nor walk into it, nor glide into it, but we took to it by instinct as ducks take to water, and we were married, with about as definite an idea of the modes and means of meeting our current expenses as a raw Irishman has of Egyptian hieroglyphics, or a charcoal peddler of honesty.
There must be a special Providence which watches over fools and young married people.
In point of worldly possessions we commenced with nothing, and have had it ever since; for, what with the increased expense of living, and our success in adding to the census returns, each year finds us as far from the possession of a respectable competency as its predecessor. Financially we have scrambled along in a helter-skelter way, tumbling into little puddles of debt from time to time, with now and then a long interval of exemption, to be followed by a new tumble and a new scramble for safety. Until now, on this cold Saturday night in January, my wife and I sit cozily by our cheerful fire, she with a load of unmended and to-be-mended stockings on her mind, and I, ostensibly reading, trying to solve the great problem of the relation between supply and demand; at least, so far as to make my own weekly supplies cover the weekly demands of my wife, children, the grocer, and the landlord. And so I sit, buried in thought, now brightened by remembrances of early happiness, and now darkened by shades of unpaid January bills, which load my desk, making the demand for the great staple, money, far exceed the supply, thereby, according to our best political economists, enhancing its value.
Meantime my wife, still laboring under the weight of the stockings, says, for the third time, with increased fervor and a slight degree of asperity, as though demanding a reply,
“Oh dear! dear! I wish I were rich.”
“Riches, my love, take to themselves wings and fly away,” I replied, with the air of one who had seen myriads of tender young dollars put on their pin feathers, become fully fledged, and soar away to unknown regions like a flock of wild geese, leaving not even the smell of money behind.

“Well, if they do, they must go to roost somewhere, and I don't see why some of them can't settle here as well as elsewhere,” said my wife, as she commenced on a fresh stocking; and then added, with a slight dash of acidity, “There's no danger of our riches flying away!"

“No, my dear, the wealth of loving hearts, of unstained consciences, and contented dispositions is a permanent investment, and not at all prone to aerial flights. These are your only true riches. With these, you are richer than Croesus; without them, poor indeed.”

“That's all very well, but that kind of property don't constitute a legal tender. You can't pay the grocer with consciences and dispositions, however pure and contented. They don't go half as far as promises, for I've known you to make those last a year. But speaking of the grocer reminds me that I thought I saw bottom of the flour barrel this morning.”

Now I knew in an instant that there wasn't flour enough in that barrel to make a homeopathic biscuit, for I had had a hint of its condition the day before, in the shape of an inquiry from my wife, “What is flour worth now?” —expressed in a tone intended to indicate that she had no more interest in the matter than she had in the number of statute miles between the earth and the moon.

It is a pleasant little fiction of hers, that a delicate hint, in relation to the consumptive state of that important ingredient in domestic economy, falls more lightly upon the ear of the moneyless than the plain and simple, though appalling statement, "The flour barrel is empty;" and she will resort to all manner of expedients for bringing the case to my mind rather than state it in plain English. In fact, I have sometimes thought of teaching her to say it in Spanish, and thus remove a little of its harshness, but as she had no aptness for any tongue, except her own, I have abandoned the idea.

The purchase of a barrel of flour is an event in our household economy not to be treated lightly. It requires preparation and consideration. In the first place, a certain sum of money is to be provided to meet the emergency, for whatever latitude the grocer may allow in minor matters, when you talk to him of flour you must produce the quid pro quo, or there is no trade.

“Clothes, my dear, especially in the case of children, are a mere matter of form, a blind adherence to the customs of society. If it cost more to wear shreds and patches than whole garments—if rents and rips could be rendered fashionable, all the world would be out at elbows. But though society turns up its nose at last year's fashions—though love looks askance at a seedy lover, and even the Church puts its ban on the threadbare coat, you and I can jog on our way regardless of frowns and favors, conscious of that hidden treasure which gilds and brightens our earthly existence.
"And then, again, compare our condition with that of our first parents, when they had ‘notice to quit' from the Great Landlord, and first commenced housekeeping on their own account. Their wardrobe was extremely limited, and I've no doubt Eve would have been very thankful for a ninepenny calico, and Adam would not have scorned good satinet, even though the cut of the garments had been a few months old. For however rural a fig-leaf suit might appear, it is not exactly adapted for general use, especially with the thermometer at zero. And I don't think that a lady of your weight in the community would appear to advantage in that primitive style of dress.”

"Perseverance !" exclaimed my wife, as she colored with indignation at the idea, and laid down the last of the stockings, preparatory to seeking her nightly rest.
She never calls me “Perseverance” except when she is astonished or indignant; and I knew by the tone of her voice that it would useless to pursue the subject at present. So, winding up my argument and the little wooden clock that graces our mantle, I addressed myself to slumber, while that murmured aspiration floated on the midnight air from my wife's half-opened lips—
"Oh dear! I wish I were rich!"

"My Wife and I" was anonymously published, as usual for periodical fiction in the 19th century. With very little fanfare the Harper's piece seems to have made an immediate hit, enjoying a rapid and wide circulation via numerous newspaper reprintings. For example:

Posted by Scott Norsworthy at 10:15 PM No comments:

Email ThisBlogThis!Share to TwitterShare to FacebookShare to Pinterest
Labels: Did Melville Write It?, Harper's Magazine, I and My Chimney, My Wife and I, New York Examiner, The Apple-Tree Table

Melvilliana: Saints as Syrens: Conference paper read June 19, 2009 at the École Biblique in Jerusalem for the Seventh International Melville Conference, Melville and the ...
Posted by Scott Norsworthy at 6:14 AM 2 comments:

Check Yourself - The Alley Cats

Posted by Scott Norsworthy at 9:26 AM No comments: