" .... there is a degree of heroism in his obstinacy." (Warton on Chatterton)

Not to solve Bartleby but wow, Maryhelen C. Harmon makes a persuasive case for Thomas Chatterton (1752-1770) as the model of Melville's eternally mysterious and uncompliant scrivener.  As Harmon shows, Melville refashioned many suggestive passages and hints from extensive biographical materials in the two-volume work he had purchased in London in December 1849,  The Poetical Works of Thomas Chatterton.

Some links to aid further study 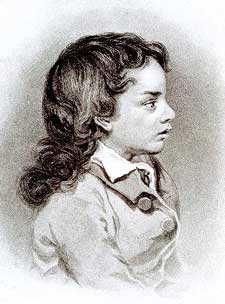 In one of the verse epigraphs to The Encantadas, Sketch Eighth, Melville adapted lines from Chattertons' minstrel song in Aella. Chatterton's and Melville's versions are presented for comparison here.
Posted by Scott Norsworthy at 11:28 AM