Don't call it a Comeback! (He's been here for years.) July 1854 ad in the New York Herald for "Israel Potter,"starting up in Putnam's Monthly Magazine:


A New Romance by Typee Melville.—The July number of Putnam's Monthly contains the first part of an original American Romance, from the brilliant pen of Melville, called Israel Potter, a Fourth of July Story. It is a revolutionary romance, full of stirring incident and heroic adventure, and will doubtless be pronounced the most interesting production of this popular and brilliant author. --The New York Herald, July 2, 1854

Melville's story of Israel Potter ran in Putnam's through March 1855. Links to each of the nine installments are available on the melvilliana page Magazine Writings. G. P. Putnam & Co. published the book version of Israel Potter in March 1855. Unauthorized versions include the London edition by Routledge, and the 1865 edition by T. B. Peterson & Brothers titled The Refugee.

The "New Romance" opened in Putnam's without any reference to the author, thus: 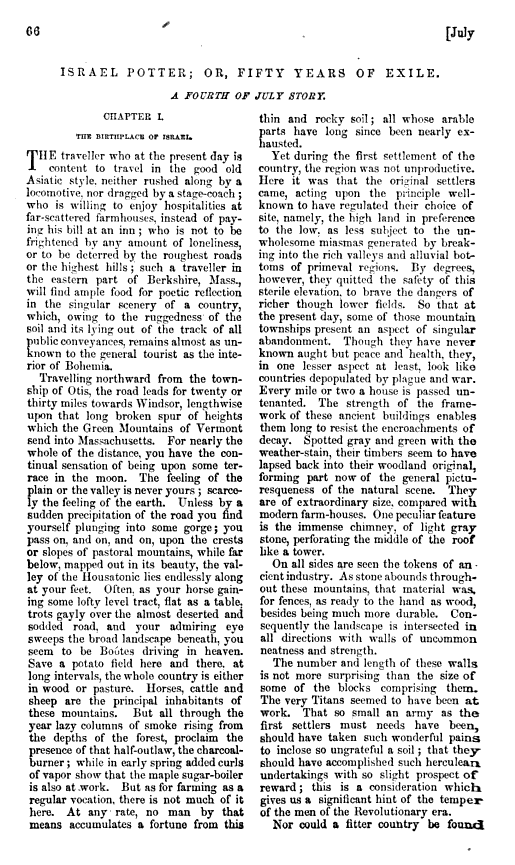 Posted by Scott Norsworthy at 7:46 AM