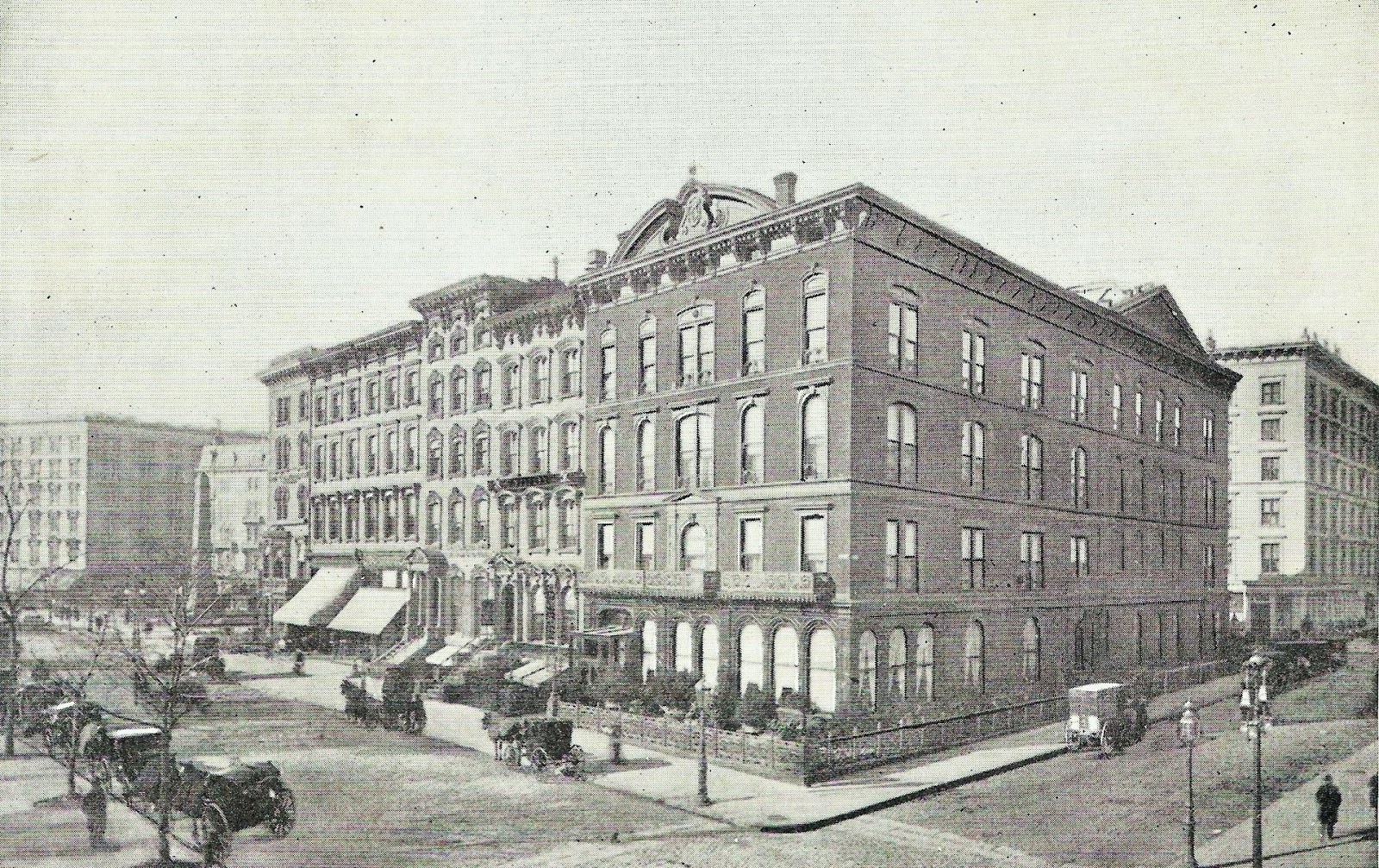 Here's another photograph of Delmonico's, site of the Saturday Night Club dinner for authors on April 28, 1888. Melville was invited but did not walk over from his house (two blocks away) to join the "ten literary gentlemen" who actually showed up for the party.  As published in The Illustrated American on February 18, 1893, over the following caption:


THE FAMOUS DELMONICO'S, ON THE CORNER OF TWENTY-SIXTH STREET, FIFTH AVENUE AND BROADWAY, NEW YORK.

The restaurant is facing the avenue, the café is on the corner of Twenty-sixth street and Broadway, and the ball-room occupies the floor above the restaurant and café. The Worth monument and the Fifth Avenue Hotel are to the extreme left.

This is the Delmonico's that operated at 212 Fifth Ave at 26th Street, across from Madison Square, from September 1876 until April 1899. In manuscript, Melville's poem At the Hostelry is alternatively titled


A Symposium of Old Masters at Delmonico's.

Notice the William Jenkins Worth monument which Melville mentions in a sketch of Jack Gentian, also from the posthumously published Burgundy Club material.

For interesting background on Melville and club life in NYC, check out William Dillingham's book Melville and His Circle: The Last Years (12-15).
Posted by Scott Norsworthy at 8:16 AM

Email ThisBlogThis!Share to TwitterShare to FacebookShare to Pinterest
Labels: At the Hostelry, Burgundy Club, Delmonico's, Jack Gentian, William J Worth