tall after all? Gansevoort Melville the "tall democratic spouter" 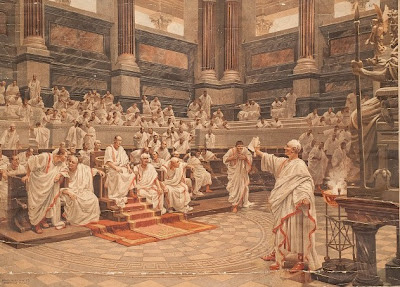 Yes I was starting to get comfortable with my image of Melville's big brother as pint-sized, after finding dismissive depictions in two 1844 newspapers of Gansevoort the Locofoco politico as a "small man."  But hold up, those partisan attacks on Gansevoort as a "small man" could well have been intended to allege littleness of character, rather than physical stature--describing a person viewed as "small minded" or in some way inferior, some nobody or other, someone perceived as ordinary, unremarkable, the opposite of "great."

I really wanted to make the easy association of "small man" with "short person," as exemplified in this widely circulated anecdote:


LITTLE FOLKS.--Sam Slick says: "The littler folks be the bigger they talk. You never seed a small man that didn't wear high-heeled boots and a high crowned hat, and that was not ready to fight almost any one, to show he was a man, every inch of him: while the big men are generally of a kind and generous disposition."  (Pennsylvania North American, August 26, 1843)

But during the 1844 presidential campaign, even the partisan attacks on Polk as a "small man," like those directed at his young supporter Gansevoort Melville, may be understood without reference to height.  For example, after Polk's election, one newspaper critic wrote of the new president that


"Unfortunately for himself, he has been thrust into a great station, merely, it would seem, to demonstrate that he is a very small man; a man of small intelligence, small purposes, small ambition and small deeds."  (New York Spectator June 28, 1845)


Then too it's hard to get around the written testimony of William E. Cramer, as Hershel Parker said in the first place. Old friend of the family, Cramer had reason to know what he was talking about, and Cramer asserted in his published memorial of Gansevoort Melville that

And now to corroborate Cramer, look at this! Gansevoort emphatically (though not unambiguously?) portrayed as "tall," in a letter from Richmond, Virginia correspondent "John Jones" to the editor of the New York Weekly Herald, March 15, 1845:


"Mr. Melville, the tall democratic spouter, par excellence, from your city, is also here, probably looking up political influence for some valuable appointment for services rendered.  Should he be disappointed, it would be a pity, as he is pretty much of the opinion, I understand, that Mr. Polk could not have been elected had it not been for his disinterested exertions during the canvass--Nous verrons."

So there you have him, Herman's big brother Gansevoort Melville "the tall democratic spouter, par excellence."

Meaning what?   A tall man (tall of stature) and also a matchless democratic orator?  Or is the dominant sense here "tall spouter," master of "tall talk," high-flying speech full of eloquent, colorful or fanciful language.

Perhaps the Richmond correspondent intends to convey both senses of "tall," identifying the New York orator Gansevoort Melville by traits familiar to New York readers, his tall stature and his tall words.

Posted by Scott Norsworthy at 5:00 PM