If somebody gave me $35,000 right now I would happily grab this 1854 Melville letter offered at Biblioctopus. 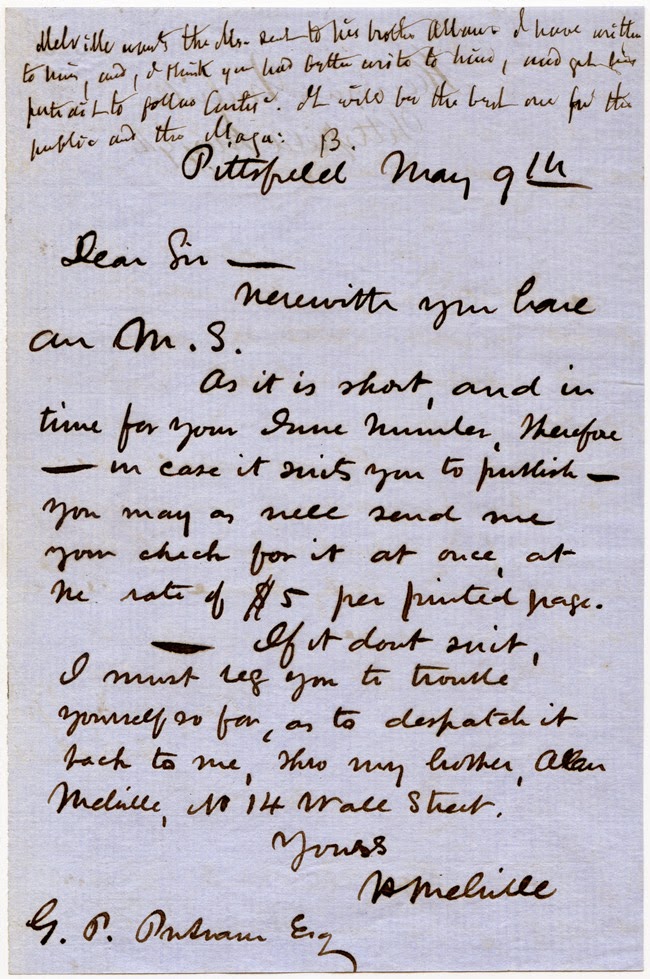 In the 1993 Northwestern-Newberry edition of Melville's Correspondence, Lynn Horth gives the necessary context (apparently Melville's submission of the rejected magazine piece,"The Two Temples"), without however listing this particular item. Where has it been all these years?  Aha, I see John Gretchko wondered the same thing back in November 2010, in a post to the Google Group Ishmailites, back in November 2010.

Now, Biblioctopus gives a delightfully juicy description of the letter which alas! tries hard to hype its significance as a witness to "the critical turning point in Melville's career." That stuff about Melville's "departure from literature" and dying in poverty is legendary, of course, but stuff. Hey it's a genuine Melville letter written from Arrowhead with highly pertinent content from his career as a magazinist. More than enough significance for me!  (As soon as my unknown benefactor sends me that 35 grand.)

It looks like they might need help reading the handwriting of Charles F. Briggs at the top of the page. Biblioctopus gives the first part of Briggs's note, covering the rest with ellipses:


“Melville wants the MS sent to his brother Allan. I have written to him and I think you had better write to him… B.”


“Melville wants the MS sent to his brother Allan. I have written to him and I think you had better write to him, and get […] to […] Curtis. It will be the best one for his public and the Maga. B.”

Here's what I see from the image online:


“Melville wants the Ms. sent to his brother Allan. I have written to him, and, I think you had better write to him, and get his portrait to follow Curtis's [or Curtis ' ?]. It will be the best one for the public and the Maga. B.”

Briggs wanted Melville's portrait to appear in Putnam's Magazine, after that of George W. Curtis. As prompted by Briggs, George P. Putnam himself duly wrote Melville on May 13, 1854:


We wish very much to have your head as one of our series of portraits. Curtis will be in the July No. Have you not some drawing or daguerreotype that you can lend us? -- Or can you oblige us by having a daguerreotype taken in Pittsfield & let us know the cost, which will be remitted at once? (Letters Received, Correspondence 637)

Do send us your portrait for the magazine--and, oh yes, "We hope you will give us some more of your good things." What a lovely rejection!

Well we also know Melville preferred not to oblige Putnam with his head. Something more might be made of that. Especially considering the earlier wrangling with Evert Duyckinck, over the same request, leading to that great line in Pierre (1852): "To the devil with you and your daguerreotype!"  But to Putnam, Melville politely excused himself as just a country farmer:


"About the Daguerreotype, I don't know a good artist in this rural neighborhood."
(Letter to George P. Putnam, 16 May 1854, Correspondence 261) 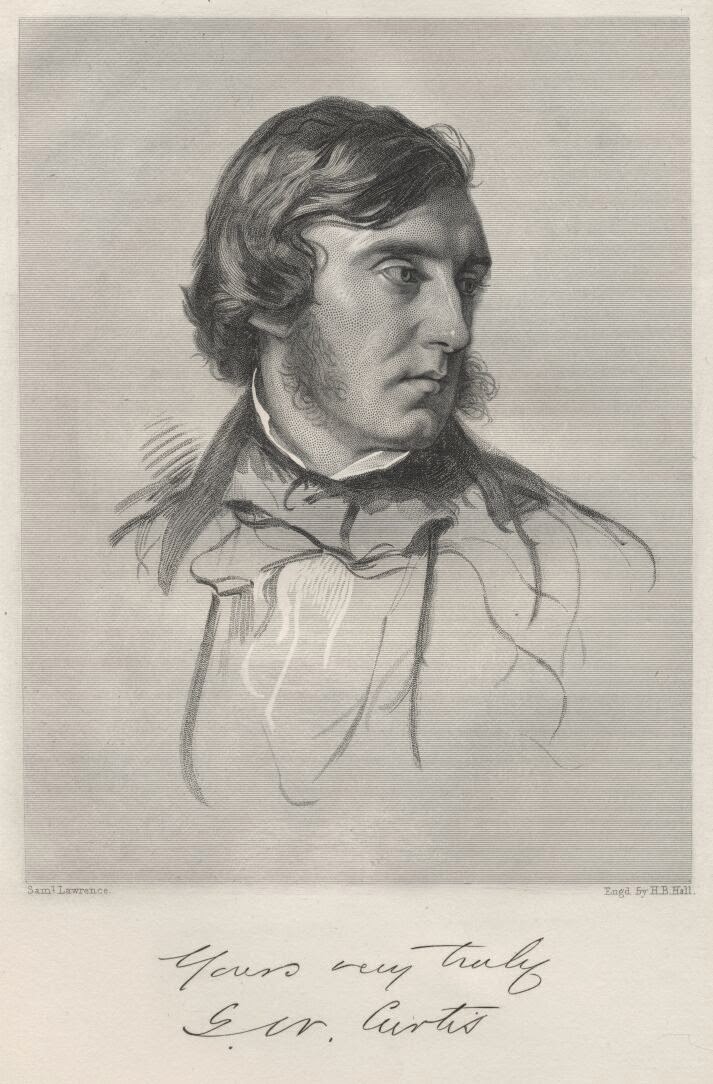 Posted by Scott Norsworthy at 10:22 AM