Melville at a New York cafe, after bumping into John Godfrey Saxe (July 27, 1846)

Update2: Uh, if this is from the Charleston Evening News, then hey! maybe it's by Thomas Low Nichols writing as "Observer."  Parker in Melville Biography: An Inside Narrative (149-52) credits Kendall Spillman and Patricia Cline Cohen with finding regular letters from Nichols, "two or three letters a week" in 1846, to the Charleston Evening News. Nichols is the cat who advised Gansevoort to take the manuscript of Typee to London for publication there.

Hershel Parker likes to talk about special correspondents of nineteenth-century newspapers, how important they were as news gatherers and reporters, and yet how frequently they get overlooked, still, as sources of biography and cultural history.  The premier example in Parker's biography is the story of Melville and Hawthorne together at the hotel in Lenox, nobly retold from facts and hints in a letter by "Maherbal" to a Vermont newspaper. That's at the close of Volume 1. You can read more about the hunt for Maherbal in Melville Biography: An Inside Narrative. There also Parker reveals that before he got sidetracked, he


"longed at some indefinite time to write a book about special correspondents of American newspapers before the Civil War." (Parker, Inside Narrative)

Here's something else for that unwritten work, from the New York correspondent of a Virginia newspaper (if I have this right), the Richmond Evening News. Update: or is the source a South Carolina newspaper, the Charleston Evening News? The writer's identity is a current mystery, the re-printing below from the August 5, 1846 Alexandria [Virginia] Gazette lacks even a pseudonym. It remains to be determined, if this NY correspondent was "special" enough ever to have a pen name, and regular appearances in the Richmond newspaper. Well, we did figure out finally who Maherbal was, and Proteus, so maybe we can chase down this guy too.

Wow, look! Herman Melville with the author of Progress: a Satirical Poem at a Manhattan cafe on Monday, July 27, 1846. Among the New York literati, briefly at least in the company of poets and one yet-to-be-named journalist with a weakness for French dancers and phrases. Not a Virginian?

Correspondence of the Evening News.

Just as I had concluded my too hasty letter, yesterday, for the brevity of which I beg to apologise, there was handed me a letter of introduction, which commended, to my courtesies, the bearer, and one paragraph of which I take leave to transcribe. "He is a lawyer by profession: a wit and poet by force of genius; and a good fellow by nature. His most conspicuous faults are, that he is a strong locofoco and an incorrigible punster. If you can tolerate such serious vices I have no doubt that you will find his acquaintance an agreeable one." The gentleman thus introduced to me, was a six foot tall, and otherwise conspicuous Vermonter, dressed a la green mountains; or, as we sometimes say, in a mountainous fashion. He came from and belongs to the very north-west corner of that verdant State, where Lake Champlain joins the Canada line. But I found him all that my letter described him, and something more. He is a literary protege of Oliver Wendell Holmes, our first comic poet, and John Saxe will be, if he is not now, the second. In fact, his business in New York at this moment is to publish, what I think the critics will pronounce the best satire that has appeared in--say twenty years. 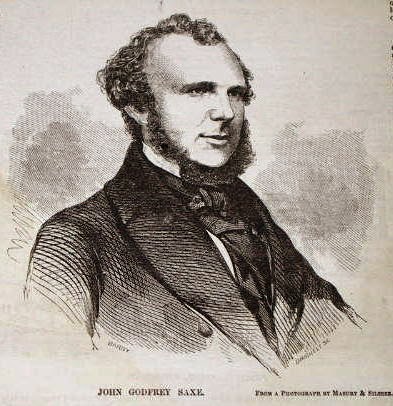 With the advent of my humorous and poetical Vermonter commenced one of those days which a man cannot avoid noticing as remarkable. Certainly, in a month before, I had not run against and almost stumbled over so many literary celebrities. The first man we met was Clark the Editor of the Knickerbocker, happy in having just finished the last revise of his August num­ber, and ready to burst with all the good jokes he had bottled up, like Champaigne, in his Editor's Table. He was quite overflowing with the good humor which sparkles in the pages of his particular department. Contracting to meet at Niblo's in the evening, we parted, and turning a corner with my Vermont poet, we ran against the author of Typee, Mr. Herman Melville.

He had just returned from Buffalo, where he had been to see his ci devant companion in the Marquesas. There, alive and well, and not eaten up by the savages, was the veritable Toby, the companion of his sufferings, and for whose fate he had entertained so many apprehensions.

Toby saw the first notice of "Typee," in the New York Evangelist. He went directly to a bookseller in Buffalo, and asked, "Have you got Typee?" "No! we have had it, but they are all sold."

"Does it say anything of the author having a companion in Typee?"

"Toby, yes; to be sure. Here was Toby, who disappeared mysteriously, and was eaten up by the amiable cannibals."

"You?  Well, I declare, you do answer the description. Are you really? How did you get away, then?"

I don't know all the conversation, but it became noised round that the lost Toby was found. The ladies flocked to see him. They begged locks of his glossy ringlets--the daguerreotypers took portraits of him; in short he was a lion.

Melville, as I said, went to see him, and has given his adventures in escaping from Typee, as a sequel of the second edition.

While sitting with my two lions in the Cafe, who should come in but a brace of poets, beside, of whom we had been talking an instant before. They were Fitz Green Halleck and William Wallace. Of the former, as a literary man, I need not speak; the latter is still young, under thirty, but for two years past has made long strides towards the highest rank in literature, and has written verses which seem as likely to live as any which are produced at the present day. 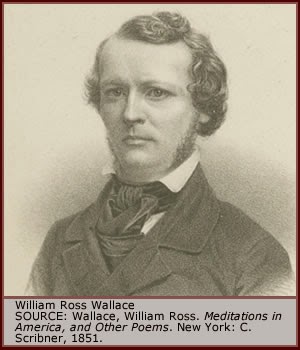 Melville, who I am sure never wrote a stanza or a couplet in his life, is a modest, and personally not a very remarkable man, but our three poets have strong peculiarities, the younger ones especially.

Mr. Halleck, born in the State of Connecticut, has the quiet tone and dignified bearing of an English Lord. Brought up in a democratic and puritan community, the friend of Drake, the companion of Bryant, the author of Marco Bozzaris, he is a monarchist and high tory in his politics, and a Roman Catholic in religion. These, at all events, are the opinions he maintains in conversation, and I have no reason to doubt his sincerity.

But my young friends, my other pair or poets, are quite the reverse of all this. They talk loudly, and extravagantly--they repeat their own verses--they make no pretense of a modest opinion of their merits--they are both Democrats, of the most radical kind, and though one is all humor, and the other all sublimity, it was wonder­ful to see how much they resembled each other.

We were fated to meet celebrities--in passing out we encountered Tuckerman, powerfully moustached, and evidently thinking of his "Thoughts on the Poets." Then McG-----, an Irish literateur, with English predilections so strong, that the highest compliment he was known to pay an American book, was, that it read as if written by an Englishman!

Before getting a block up Broadway towards Niblo's, we met Haas, the most skillful of Daguerreotype artists, formerly lithographer to the Government, walking arm in arm with Professor Mapes, who is distinguished as a sculptor, musician, poet, engineer, chemist, agriculturist, and I know not what beside--the only successful man of universal genius I ever met; quite an oracle, and an admirable Critchton!

At Niblo's was a full and brilliant House, with the Mayor sitting in the centre of the pit, and Mademoiselle Blangy, the prettiest dancer we have had, if not the greatest, danced La Sylphide, so as put the whole audience into a state of mild extacy. It was quite ravishing, and if this danseuse makes the Southern tour next winter, you are to be congratulated.


Apparently Melville stayed back at the cafe. Tuckerman his eventual friend was on his way in, was this their first meeting? Perhaps they merely happened to be in the same place at the same time. From the sound of it, the Author of Typee and new sequel did not walk up Broadway with Saxe and company to catch Mlle. Hermine Blangy at Niblo's. Or did he?

Posted by Scott Norsworthy at 1:22 PM