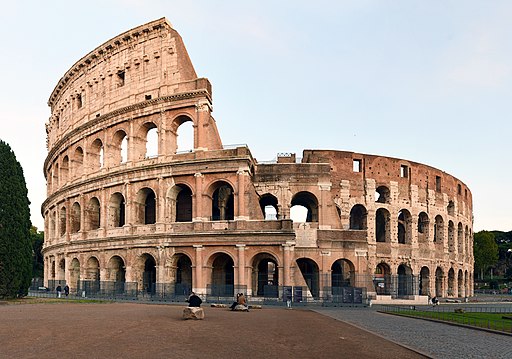 As shown in our last, the Boston version of Herman Melville's 1857-8 lecture on Roman statues was remembered in Minnesota decades later. The Sunday edition of Harlan P. Hall's St. Paul Globe ("Between Ourselves," July 11, 1880) quoted from it and, without naming Melville directly, attributed his reported words to "one of our finest minds."
Transcribed below, the original report of Melville's lecture as printed in the Boston Daily Evening Bee on December 3, 1857. This, with minor variations, is the same text printed the same day in the Boston Daily Courier.

LECTURE ON THE STATUARY OF ROME.-- The novelty of the lecture room this week was the appearance, last evening at Tremont Temple, before the Mercantile Library Association, of Herman Melville, Esq., a gentleman of decided position in American literature, and the author of several unquestionably original and eccentric works. ... recently taken to the lecture field, his appearance in our city was looked upon as an "event" ranging up to a "sensation" point. Accordingly, a large and distinguished character-dotted audience was present. The subject was "The Statuary of Rome." He began by a description of the gate of St. John and its colossal figures. From this he proceeded to describe the most celebrated statuary in the Eternal City. In viewing, said he, the statues and busts of Demosthenes, Titus, Socrates, Cæsar, Seneca, Nero, and others, we feel a sense of reality not to be given by history; and although we are at first startled by some of them from our preconceived opinions, yet we seldom, on reflection, fail to concede the general likeness to that which the historian has furnished us. The analysis of the marble coincides with the historian's analysis of the man.

The statue which most of all in the Vatican excites the admiration of all visitors, is the Apollo. Few speak, or even whisper, when they enter the cabinet where it stands. If one were to try to convey some adequate notion, other than artistic, of a statue which so signally lifts the imaginations of men, he might hint that it gives a kind of visible response to that class of human aspirations which, according to Faith, cannot be truly gratified, except in another world. It is infinitely grander than the Venus di Medici, in Florence, for while she is lovely, he is divine. Not the least, perhaps, among those causes which make the Roman museums so impressive, is their tranquil air. In chambers befitting stand the images of gods, while in the statues of men, even the vilest, what was corruptible in their originals, here in pure marble puts on incorruption. In the Roman Vatican and the Washington Patent Office the respective characteristics of the ancients and moderns stand contrasted.

But is the locomotive as grand an object as the Laocoon? Does it attest this hurried intelligence? We moderns did invent the printing press, but from the ancients we have the best thoughts that it circulate? As the Roman arch enters into and sustains our best architecture, does not her spirit still animate and support whatever is soundest in societies and States? Or shall the scheme of Fourier supplant the code of Justinian, only when the novels of Dickens silence the satires of Juvenal? If the Colliseum express the durability of Roman ideas, what does the Crystal Palace express? Will the glass of the one bide the hail storms of eighteen centuries as well as the travertine of the other?

— When falls the Colliseum, Rome shall fall;
And when Rome falls, the world!

The lecture, though quite able, and delivered with considerable enthusiasm, excited but little applause. It was, however, listened to with complimentary attention, though extended beyond the time usually devoted to these lectures.

The lecture next Wednesday evening, will be delivered by Geo. Wm. Curtis, Esq., of New York.

In print, reconstructions of Melville's three lectures including the first one on Roman statuary are available in the 1987 Northwestern-Newberry Edition of Melville's The Piazza Tales and Other Prose Pieces, 1839-1860, Volume 9 in the scholarly edition of The Writings of Herman Melville, edited by G. Thomas Tanselle, Harrison Hayford and Hershel Parker.

Related posts:
Posted by Scott Norsworthy at 8:23 AM 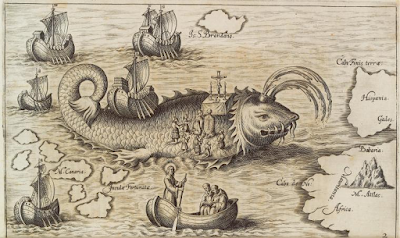