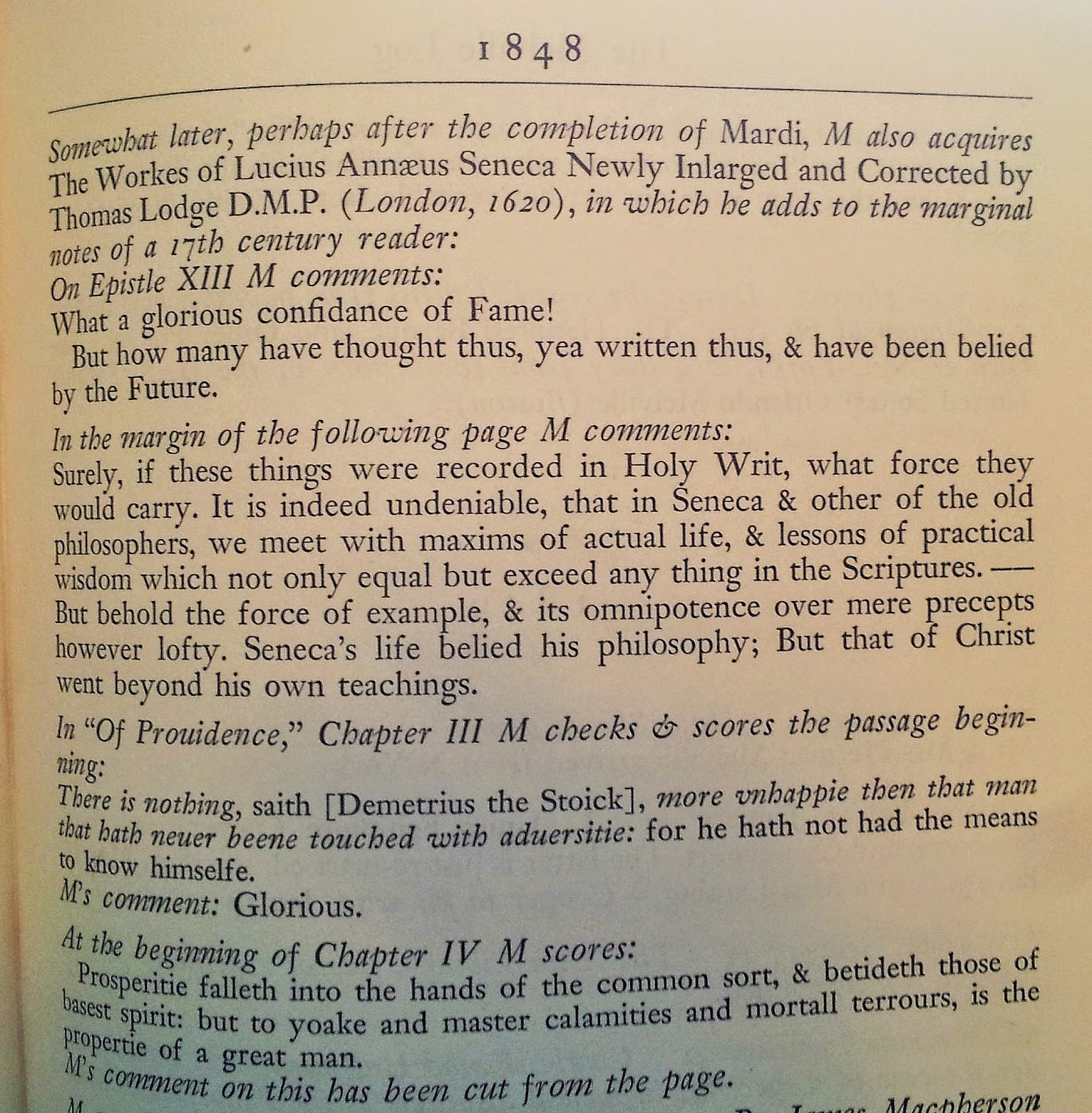 Looking for lost notes in a burned-up book? Leyda's grand old Log to the rescue, once again! VOLUME ONE gives the following marginalia in that lost volume of Seneca--the one Carl Haverlin used to have. In 1951 it was still in Haverlin's collection. And hold up, Leyda identifies this book as the second "Newly Inlarged and Corrected" edition of 1620. But as listed in the catalog at Melville's Marginalia Online, Sealts #457 is the 1614 first edition. Which is it? Or which was it? What fun it was to see the 1614 edition at Hathi Trust Digital Library, but maybe that's the wrong one. No luck yet turning up the1620 edition. Bauman Rare Books had the second edition for sale, but unfortunately somebody beat us to it. Anyway, Leyda assigns these markings and comments to the year 1848, reporting them as Melville's additions to very early annotations in this very old book:


On Epistle XIII M comments:
What a glorious confidance of Fame!
But how many have thought thus, yea written thus, & have been belied by the Future.

In the margin of the following page M comments:
Surely, if these things were recorded in Holy Writ, what force they would carry. It is indeed undeniable, that in Seneca & other of the old philosophers, we meet with maxims of actual life, & lessons of practical wisdom which not only equal but exceed any thing in the Scriptures.—But behold the force of example, & its omnipotence over mere precepts however lofty. Seneca's life belied his philosophy; But that of Christ went beyond his own teachings.

In "Of Providence," Chapter III M checks & scores the passage beginning:
There is nothing, saith [Demetrius the Stoick], more vnhappie then that man that hath neuer beene touched with aduersitie: for he hath not had the means to know himselfe.
M's comment: Glorious.

At the beginning of Chapter IV M scores:
Prosperitie falleth into the hands of the common sort, & betideth those of basest spirit: but to yoake and master calamities and mortall terrours, is the propertie of a great man.
M's comment on this has been cut from the page.

Searching at AbeBooks.com I see Old Erie Street Bookstore in Cleveland is offering the 1620 second edition of Seneca's Works in good condition for $1,950. Hesperia Libros of Zaragoza (Spain) has one for US $1,176.03. 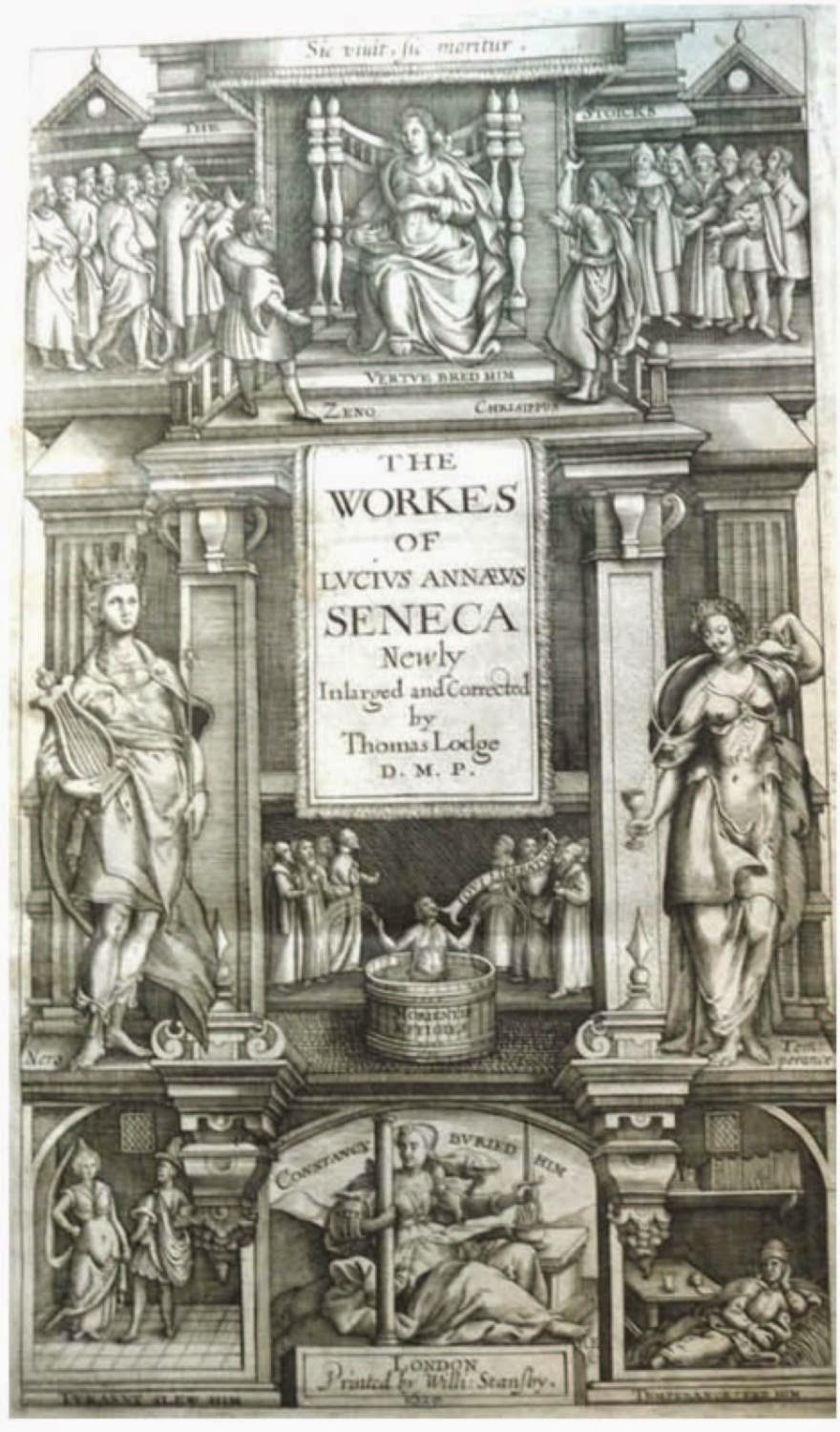 Posted by Scott Norsworthy at 1:33 PM