"Effusion" on Love from Melville's Pierre (1852), reprinted in British newspapers 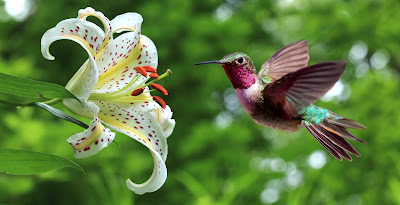 Melville's reckless riff on Love (not the whole thing, but a good part of it) formed one of two excerpts given on 20 November 1852 in the London Athenæum review of Pierre. Several British newspapers reprinted a distinctive version the passage, under the heading "An Effusion." Found in the online British Newspaper Archive, these excerpts from Pierre in British newspapers
The following item appeared in the Herts Guardian, Agricultural Journal, and General Advertiser on Saturday, 4 December 1852; and on the same day in the Wells Journal:


AN EFFUSION.—No Cornwall miner ever sunk so deep a shaft beneath the sea, as love will sink beneath the floatings of the eyes. Love sees ten million fathoms down, till dazzled by the floor of pearls. The eye is love's own magic glass, where all things that are not of earth, glide in supernatural light. There are not so many fishes in the sea, as there are sweet images in lovers' eyes. In those miraculous translucencies swim the strange eye-fish with wings, that sometimes leap out, instinct with joy; moist fish-wings wet the lover's cheek. Love's eyes are holy things; therein the mysteries of life are lodged; looking in each other's eyes, lovers see the ultimate secret of the worlds; and with thrills eternally untranslateable, feel that love is god of all. Man or woman who has never loved, nor once looked down deep into their own lover's eyes, they know not the sweetest and the loftiest religion of this earth. Love is both Creator's and Saviour's gospel to mankind; a volume bound in rose-leaves, clasped with violets, and by the beaks of humming birds printed with peach juice on the leaves of lilies. Endless is the account of love. Time and space can not contain love's story. All things that are sweet to see, or taste, or feel, or hear, all these things were made by love; and none other things were made by love. Love made not the Arctic zones, but love is ever reclaiming them. Say, are not the fierce things of this earth daily, hourly going out? Where now are your wolves of Britain? Where in Virginia, now, you find the panther and the pard? Oh, love is busy everywhere.—Herman Melville's Pierre.

The British life of Melville's great paean to Love is curiously extended by the uncredited reprinting December 31, 1877 in the Latter-Day Saints' Millennial Star--published in Liverpool. The Mormon journal retains most features of the 1852 text including Melville's capitalized "Love." As in the 1852 Athenæum review, the Millennial Star expands the excerpt by two lines, thus gaining Melville's reference to missionaries:


Everywhere Love hath missionaries. No propogandist like to Love. The south wind woos the barbarous north; on many a distant shore the gentler west wind persuades the arid east.

From the 1852 text of Melville's Pierre:


Everywhere Love hath Moravian missionaries. No Propagandist like to love. The south wind wooes the barbarous north; on many a distant shore the gentler west wind persuades the arid east.

Posted by Scott Norsworthy at 10:34 AM