Koestler and Melville on Originality

A KellyGram newsletter at Wordcrafters Inc gives these quotations under the head of "Originality":


The principal mark of genius is not perfection but originality, the opening of new frontiers.
Arthur Koestler
It is better to fail in originality than to succeed in imitation.
Herman Melville

No worries, yet.  I guess what happens is, people grab a good quote but attach the wrong name. Looking at the two items above, somebody in a hurry might fail to see the author's name "Arthur Koestler," and then scrolling down to the next author on the list, mistakenly ascribe the quote to Herman Melville.

This error of crediting Melville with Koestler's pronouncement on originality may be found now at Quote Ping, for one example. And Maxioms for another.

Same kind of thing probably happened in the popular category of Art quotes, where you often find a line or two from Melville's poem titled "Art." That would explain how Melville gets wrongly credited with Susan K. Langer's definition of art as "the objectification of feeling."

At Odyssey of the Mind the experts in critical-thinking bravely represent the quote from Koestler as Melville's. Is that a test?

The online tutorial on plagiarism at the University of Pittsburgh presents the quote without giving credit to anybody. Well we all know what that is.

The source of the quote on originality as the true "mark of genius" is Koestler's 1964 book
The Act of Creation. 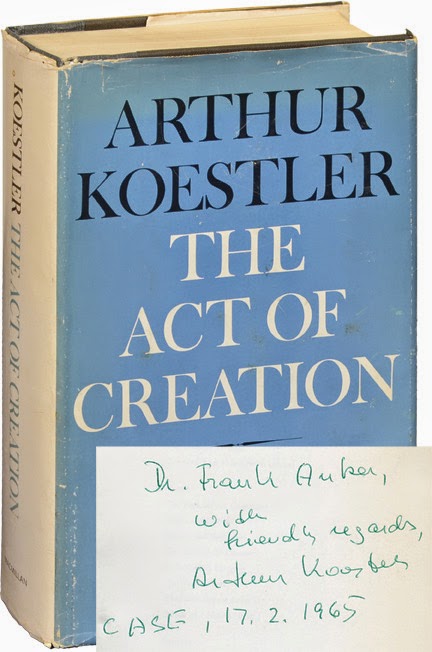 Posted by Scott Norsworthy at 1:08 PM