Looking for something else I finally ran across the favorable notice of Moby-Dick in the Toronto Globe. Reprinted by Hershel Parker in "Five Reviews Not in MOBY-DICK as Doubloon," English Language Notes (March 1972) pages 182-185 at 185.

It is only necessary to say of this work that it is equal to any of Melville's former productions; by some it is thought even superior. This author is evidently not exhausted; he has yet stores within him untouched; although there is a close resemblance in his subjects, there is yet a difference in the handling, which gives constant variety. As a describer of the manners of the class of men he has chosen to depict, as a close observer and a striking limner of nature, Mr. Melville has few equals and no superiors among living authors, and there is a store of information upon all sorts of subjects, sacred and profane, landward and seaward, which surprises and delights one in a work of fiction. The volume is got up in capital style by Harper & Brothers.

Disappointingly short on specifics, OK, but 100% positive. Put it on the board! Which ups the count of favorable reviews by one in our official 2020 Melvilliana census of reviews and notices of Moby-Dick, 1851-2.

Posted by Scott Norsworthy at 8:00 AM 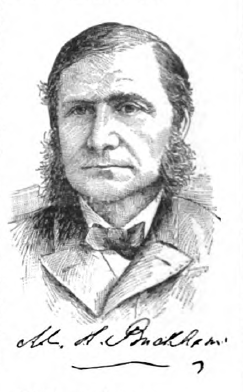